LIFE ON THE SHORELINE
Discriminating home buyers continue to find the Connecticut shoreline a very inviting place to live. Our quaint New England towns along Long Island Sound attract a sophisticated mix of residents from all over the world drawn by a charming landscape and beautiful waterfront scenes. Madison, Guilford and Branford all retain a connection to a Colonial past. Their quaint church greens and downtown areas come alive with concerts and special events. There are numerous museums, art galleries, antique shops and a world class bookshop, all right here.

HISTORY OF THE CONNECTICUT SHORELINE
Guilford is the seventh oldest town in the Connecticut and the United State’s oldest surviving stone house was built there in 1639 by Rev. Henry Whitfield, a minister from Ockley a town near London, England. Guilford was purchased that same year from the Indian squaw Shaumishuk for 12 hoes, 12 blankets, 12 pair of shoes, 12 spoons, 12 knives etc. She also promised not to hurt or steal the possessions of the colonists in the future.

East Guilford was purchased in 1641 and later renamed Madison after the fourth President. The shoreline area played a prominent role in the French and Indian, Revolutionary and Civil Wars. During the War of 1812 Faulkner’s Island off the Guilford coast was actually occupied by the British.

Branford’s Thimble Islands were the location of President Taft’s Summer White House, the hideout of notorious pirate Captain Kidd and a romantic getaway for Barnum midget General Tom Thumb and his bride.

|Back to Area Info page| 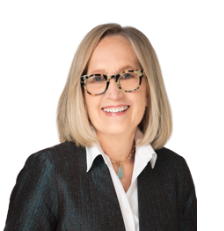